I can't believe it is Tuesday! What happened to Monday? Oh, I know - Monday turned out to be a whirlwind of good and bad things all wrapped up into one!

Yesterday was one of those days where just when you think things are going to run smoothly, everything comes crashing down!

There were a couple of orders that I was supposed to send out yesterday, but realized that for one I didn't have a few things made that I thought I did. The other didn't go out because as I was getting ready to package things up I unknowingly uncovered a huge wasp nest in my packaging material! I only got stung once - but ouch! Right on my head!! So I ran in the house aching - grabbed an ice pack and sat for about 30 minutes with ice on my head, head throbbing, and trying to listen to the 5 (almost 6) year old boy ask me a million questions about bees, wasps, why they sting you, and how he has never gotten stung. Oh, and not to mention, between every other question he informed me that he was starving and wanted to know what was for lunch.

So, I had to email each of my customers and let them know that their packages were not going out until Tuesday, and I packed up the boy and we hit Subway.

So, you may be asking why this is called toot the horn Tuesday when all I have been doing is complaining about my misfortune with a wasp?!! I am going to toot the horn about Subway!

The whole way to Subway my son was insisting that he didn't like that place, we had never eaten there before, and there was no way he was going to eat a turkey sandwich if it didn't have ham on it too! However, as soon as we got to the door of Subway he realized that - "OH, Mommy I told you we have been here before ... This place is the place that makes the best sandwiches ... A LOT better than your sandwiches Mommy!"

So we ordered. My son was thrilled that he could get chocolate milk - and Mommy was very proud that he got tomatoes on his sandwich - and I ended up getting him the kids meal they have.

Well - the toy that came with the kids meal was a compass! How cool is that! My son was so excited by his new toy, and has spent the next 18 hours announcing which direction we are going in!

All I have to say is that this is soooooo much better than the el-cheapo plastic toys and stuffed animals from the other fast food places!

Thanks Subway!
Posted by Unknown at 8:57 AM 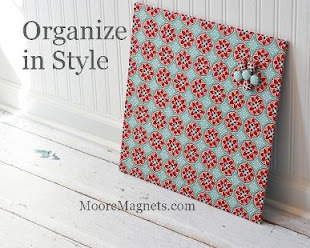